We are committed to help serve our counties and their employees 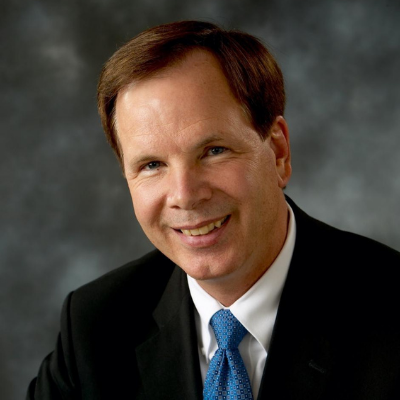 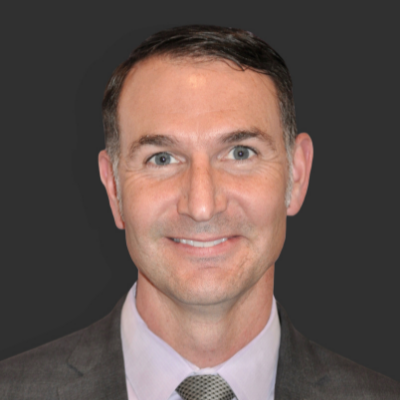 Graham Knaus serves as the Executive Director for the California State Association of Counties (CSAC). Prior to his current role, Graham was the Deputy Executive Director, Operations and Member Services for CSAC. Graham has spent his career working for California Counties including six years with Placer County as the County’s Assistant Director of Health and Human Services and as the County Budget Director. Prior to that, he served as a Senior Fiscal and Policy Analyst for the County Welfare Directors Association and Legislative Advocate for a firm that represents California counties. While in these roles, Graham was a primary strategic advisor for CSAC on the 2013 Health Realignment, and was a principal architect on behalf of counties on the 2011 State Public Safety Realignment. He received his Bachelor of Arts degree in political science/public policy from UC San Diego, and his Master of Public Administration from the University of Southern California. 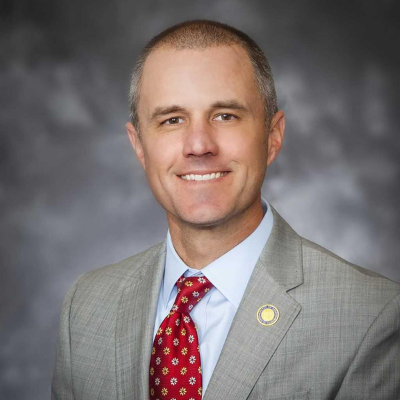 Ryan Alsop was appointed by the Kern County Board of Supervisors to serve as the County Administrative Officer on January 2, 2017. Prior to his appointment, Mr. Alsop served as Assistant Chief Executive Officer for Los Angeles County from 2009 to 2016 and as Director of Government and Public Affairs for Long Beach Water from 2001 to 2009. He has also served as Director of External Affairs for Governor Arnold Schwarzenegger, as a private government relations consultant in Washington, D.C., served on the staffs of United States Representative Stephen Horn and California State Senator Ken Maddy, and held government and public affairs positions at the Long Beach Area and Greater Bakersfield Area Chambers of Commerce. Mr. Alsop received a Bachelor’s degree in Political Science from California State University, Bakersfield and earned a Master’s degree in Public Policy from the American University, School of Public Affairs, in Washington, D.C. 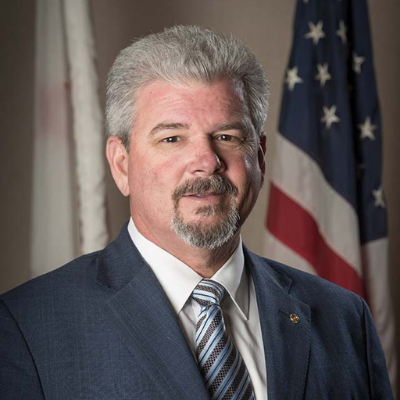 Richard Forster represents District 2 on the Amador County Board of Supervisors. He has resided in Amador County since 1975 and graduated from Ione High School (1978) and the University of California, Davis (1982) with a degree in Agricultural & Managerial Economics. Richard previously served on the Amador Water Agency Board of Directors for 8 years, the Amador County Fair Board for 17 years, and the Ione Planning Commission.  He is a member of the Native Sons of the Golden West #33, the Ione Business & Community Association, the Preston Castle Foundation, the Rotary of Ione, and the Sutter Amador Hospital Foundation Board. 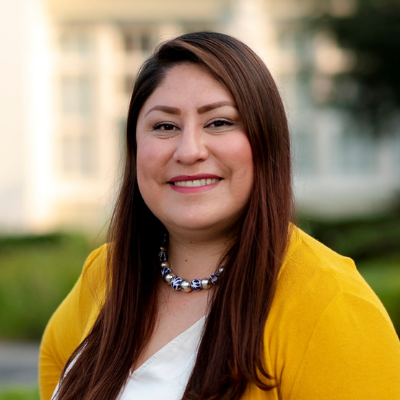 Elba Gonzalez is the Executive Director of Community Health Initiative Napa County. Her current role requires an array of management skills, including fundraising, finance administration, supervision of staff productivity, program evaluation, and external relationship management. Her collaborative style of working has forged relationships between CHI and other community providers and government departments, advancing our mutual goal of making health coverage affordable and accessible to Napa County’s children, adults, and families. She is on the Board of California Coverage and Health Initiatives and recently appointed chair, a Commissioner with First 5 Napa’s Children and Family Commission. She also works with Bi-National Health Alliance and is on the board of the Napa Valley Community Foundation. 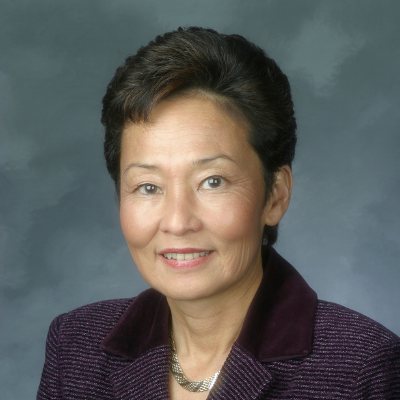 Susan S. Muranishi is County Administrator for Alameda County, CA, serving for the past 24 years as the appointed Chief Executive of a large urban county that currently has more than 9,800 County employees and an annual budget of $3.5 billion. Ms. Muranishi is an Alameda County native and UC Berkeley graduate, who has served in various roles of increasing responsibility during her long tenure with the County. As County Administrator, she has gained a national reputation for strong fiscal management that allows the County to thrive – despite difficult economic times that have challenged local government budgets. Under her leadership, the County recently received the distinction of earning the highest credit ratings among local governments and is one of only two California counties to have AAA ratings from three independent agencies including Moody’s and Standard and Poor’s. Susan is actively engaged in the community and serves on numerous non-profit boards. She has been recognized for her achievements by several local, regional, state and national groups for her leadership, fiscal stewardship and mentorship. She has established award-winning community engagement programs including youth leadership and intern programs and a citizen’s academy; partnerships with the community colleges and universities to offer employees opportunities to earn their degrees; and inducted over 200 women into the Alameda County Women’s Hall of Fame. 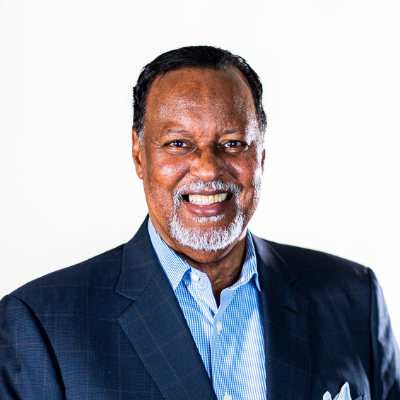 William G. Rutland Jr., the founder of The Rutland Group, is an established and well-respected figure in governmental advocacy. He began his career as a staff member with the California Legislature, working in both the Senate and the Assembly where he served as a Consultant on several legislative committees, including, Finance and Banking, Criminal Justice, and Elections and Reapportionment. During his 20 years of public service he served as a staff member to eight different Assembly members and Senators including both Republicans and Democrats. His career with the California Legislature culminated in his service as the Chief Consultant to Assembly Speaker Willie L. Brown, Jr. After leaving the California Legislature, Mr. Rutland joined George R. Steffes, Inc., a multi-state governmental advocacy firm, spending a total of 6 years there working with the firm. In 1996, Mr. Rutland founded his own firm. The Rutland Group has successfully represented clients before Federal agencies, the California Legislature, state regulatory agencies and local government bodies throughout California, offering in all cases an unparalleled level of service and resourcefulness. 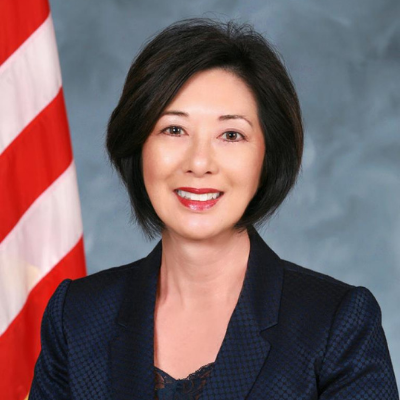 Lisa Bartlett began her career in public service when she was first elected to Dana Point City Council in 2006. During her term on the City Council, she served as both Mayor and Mayor Pro-Tem for the city. Supervisor Bartlett was elected to the Orange County Board of Supervisors in 2014 and was re-elected in 2018 to represent the Fabulous Fifth District. She served as Chairwoman of the Board of the Board of Supervisors in 2016 and again in 2019.  In both her public and private life, Supervisor Bartlett is known for supporting projects she believes will improve economic development, property values, and overall quality of life. She brings that prolific vision to the Fifth District and Orange County at large, and is a strong proponent of fiscal responsibility, accountability, and greater transparency in government.In addition to her role on the Orange County Board of Supervisors, Lisa represents her constituents on several regional and state boards and commissions. She is Immediate Past-President of the California State Association of Counties (CSAC) and was recently appointed as At-Large Member to the National Associations of Counties (NACo). She also serves on the Board of Directors for the Orange County Transportation Authority, Orange County Fire Authority, Transportation Corridor Agency (TCA), South Coast Air Quality Management District, and numerous other boards and commissions. 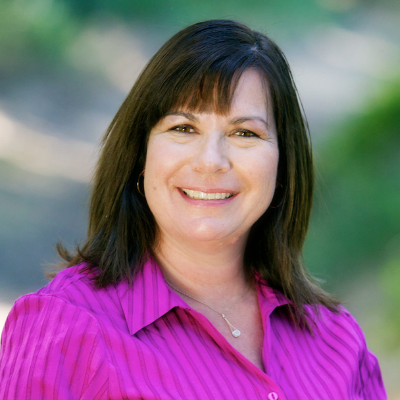 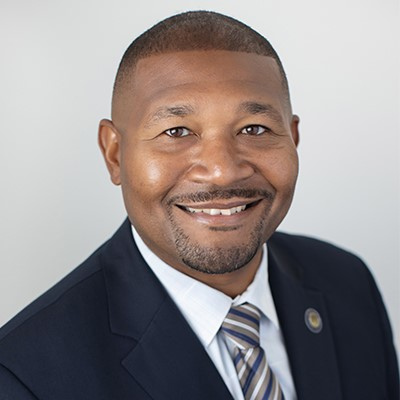 Matthew Jennings serves as the Treasurer-Tax Collector for the County of Riverside.  In this capacity, he is responsible for a department consisting of 100 employees spread across 4 locations throughout the county.  As the Treasurer-Tax Collector, Mr. Jennings is responsible for the billing and collection of $4 billion annually in property taxes.  In addition, he oversees the approximate $8 billion Treasurer’s Pooled Investment Fund, which continues to maintain the highest attainable AAA rating by Fitch Ratings and Moody’s Investors Service. As County Treasurer, Jennings also serves as the ex-officio Treasurer of all school and community college districts, managing nearly $15 billion in annual receipts and disbursements.  Matt serves on various boards and commissions including the County of Riverside Debt Advisory Committee, County of Riverside Pension Advisory Review Committee, and the County of Riverside Investment Oversight Committee.  In addition, Jennings has been very active in the California Association of County Treasurer-Tax Collectors (CACTTC). 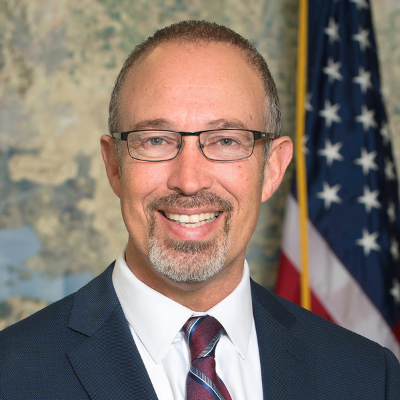 Since February 2014, Oscar Villegas has served as the Yolo County Supervisor for District 1 and was recently re-elected for a third term. During his tenure on the Board of Supervisors, he has served on the Delta Stewardship Council, Delta Protection Commission, California State Association of Counties (CSAC)/League of California Cities Joint Homelessness Task Force, CSAC’s Housing, Land Use and Transportation Committee, National Association of Counties (NACo) Board of Directors, Yolo Bypass Partnership, and the Yolo County Ad Hoc Subcommittee on Agricultural Labor. Supervisor Villegas has demonstrated a longstanding dedication to public service. He previously served on the West Sacramento City Council for fourteen years (2000 – 2014) during a time of significant growth for the City and helped to develop a smart policy and management agenda resulting in vast improvements in housing, retail, infrastructure, recreation and transportation.